The importance of having regular ultrasounds during pregnancy 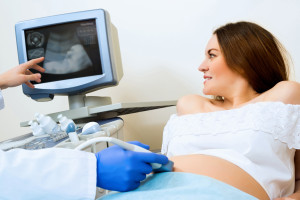 Ultrasounds are a normal part of pregnancy. They allow doctors to gather valuable information about the progress of the pregnancy as well as the baby’s health. They are non-invasive, completely painless and are important for a number of reasons. An ultrasound makes sure that your baby’s heartbeat is normal. This is one of the best ways to indicate if there are any issues and if there are, it can be detected early on and the proper care can be provided.

Most women will have a nuchal scan at 11-14 weeks. This is a very detailed scan and also includes a blood test which will help to determine the likeliness of common foetal abnormalities such as Down’s Syndrome.

Typically, pregnancy due dates involve a bit of guess work but ultrasounds help to get this as accurate as possible. It enables sonographers to measure the size of the baby to ensure that it’s accurate for its age. If the baby is more than two weeks bigger or smaller than it should be, it’s likely that the due date was miscalculated and you will be given a new one.

Naturally, it’s very important to check the positioning of your baby during pregnancy because it needs to come out head first. An ultrasound will help to determine whether or not it’s in a breech position and if it is, a number of things can be done to help rectify this. If the baby is still breech by your due date then it’s likely that a caesarean section will be recommended. It’s not hugely uncommon for a baby to be breech during pregnancy and in most cases, it will eventually turn itself around.

It’s not just the baby that healthcare professionals like to monitor, it’s important for them to keep an eye on the placenta as well. If it’s covering the cervix, it can cause bleeding later in the pregnancy. If this is detected, follow-up scans will be arranged for the third trimester. If your ultrasound has picked up on this, try not to worry because only a small percentage of these cases still pose a problem by the due date.

Ultrasounds allow your practitioner to look closely at your baby for any physical abnormalities. Everything from the head, neck, chest, heart and spine to the stomach, kidneys, bladder, arms, legs and even umbilical chord can be checked to make sure that they’re developing properly. 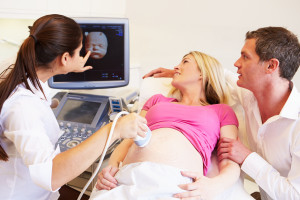 Regular scans aren’t all about checking for potential complications, they’re also a very special part of pregnancy for soon-to-be parents. If you’re keen to find out the sex of your child, an ultrasound will help to determine this. They’re also a great way for parents to start feeling a connection with their unborn baby. Being able to hear the heartbeat and see an actual image of their child is a very magical experience.

3D and 4D scans are not available on the NHS but you can get one done at a private clinic. They allow you to see a clearer image of your baby and you can even start to see what it’s going to look like. 4D scans are recorded in video format and are extra special because they capture small movements such as the baby smiling or moving its hands which are moments you can treasure forever.