Signs you may have damp in your house 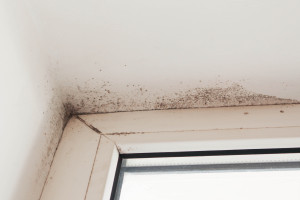 One of the things we dread to hear the most when it comes to our properties is that we have damp. Some people even choose to ignore the problem completely but living in a house with mould can be incredibly bad for your health.
What’s more, the worse the situation gets, the more it’s going to cost you to remove and repair any damage so it’s better to face up to the problem sooner rather than later.

Damp is the presence of moisture and water where it shouldn’t be – such as on the inside of walls and rising from the floor.

The three most common types of damp that can affect your home include rising damp, penetrating damp and condensation.

Rising damp is caused by ground water moving up through a wall or floor. Although most walls and floors will allow some water in, it’s usually stopped from causing damage by a barrier called damp-proof membranes.

Penetrating damp is caused by water leaking through the walls. It may expand across your walls or ceiling but will always do so horizontally rather than by travelling up walls. This is usually caused by structural problems such as faulty guttering or roofing, cracks in the walls or internal leaks. Survey your property from outside checking for leaky gutters, holes in your roof and cracks in your brickwork. Don’t worry if you have an older property that has cast aluminium guttering systems which needs parts replacing. There are several online guttering suppliers of cast aluminium ranges who will be able to advise you on how to replace and match your existing guttering.

Condensation is the most common type of damp and it’s caused by moist air condensing on walls. Typically, it occurs in rooms where there is a lot of moisture such as in kitchens and bathrooms and it’s often a winter problem because at this time of year, walls are much colder than the air outside.

Signs that you may have damp

Some of the more obvious signs of damp include: 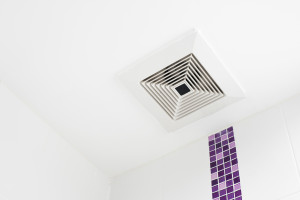 How to prevent damp

There are a number of ways you can prevent damp from occurring in the first place or getting worse if you already have it:

For more information on how to deal with damp problems in your home visit: https://www.which.co.uk/reviews/damp/article/dealing-with-damp/what-kind-of-damp-is-affecting-my-home-arNnf1P2wVnV