Like many I assume, I had always dreamed of building my own home – just as the way I wanted it. About 18 months ago my dream became a reality. Well, a reality within a budget so not quite the Princess Mansion of my youthful imagination, however I am over the moon with it. 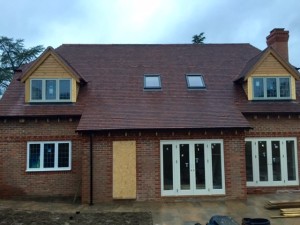 It seems to have taken a lot of hassle and heart ache to get to this point so you would think that having reached a point when the end is in sight, I would be sitting down and popping champagne corks. Alas no. We are now at the stage where we have blown the budget but still have to choose door handles, switches, all of which are fairly easy as the choices are pretty limited but taps – oh my goodness, I had no idea just how hard that would be.

While I happily chose the taps for the kid’s bathroom, utility room and kitchen, our bathroom was supposed to be our oasis of calm and tranquillity. As such we chose a fabulous bathroom designer to come up with a scheme, which we are very excited about, alas we now have to choose the taps and my husband has suddenly woken up from his home-building hibernation and decided that he should be involved. We don’t agree.

He keeps sending me tap links from www.diy.com which are usually under the “clearance” tab. Yes, they are ok, but they are a bit boring. I know it is silly to argue about taps. The only major decision he made was about the sound system in the lounge. Did I say “Ok darling, you can install a top of the range Bang and Olufsen surround sound system, but can we have a Tesco Black Friday Bargain TV” No, I didn’t! I want glamour. I want to retreat into this room and feel like I am in a 5 star spa hotel, with candles around the bath, a glass of crisp white wine in hand and some gentle music playing in the background. He is a quick shower man, in and out in 5 mins, including shaving and brushing of teeth so thinks I am being very extravagant. He would be quite happy if we had kitted out our whole house at www.ikea.com

So here we are, at the very last hurdle of our home building dream; a dream which he has virtually sleep walked through, happy in the knowledge that I am the creative one and he is the academic type. Of course, we have compromised. I have told him that the cupboard under the stairs would make a great wine cellar and I’d let him kit it out any way he likes….if I get to choose the bathroom taps. Of course he has agreed. Wine cellars are like BBQs, they have a strange “manly” cache about them, which is funny in the age of equality in which we are all supposed to live. 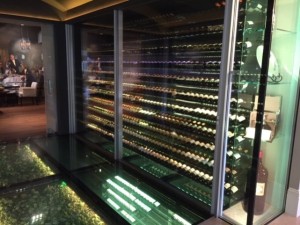 Funnily enough, he has just emailed me a picture of a wine fridge at the restaurant that he is having his business lunch in today…… I have just replied with a link to a wonderful wine rack, click here to take a look! I rather like this game, now the shoe is on the other foot!

← Recycling Glass from Buildings
Who knew a sleeper border and earth could be so complicated! →