Futuristic car technology for now and the future

Technology in the car industry is moving at a fast pace. Predictions state that cars will change more in the next 5 – 10 years that they have in the last 50 as advancements in improving road safety, lowering emissions, and easing the pain of driving become the driving forces behind the changes.

Here are some of the latest car technologies for 2020 and the future for you to look out for. 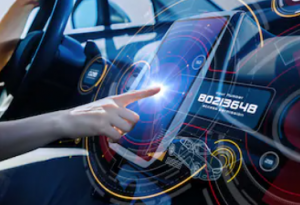 Instead of physical door mirrors, cameras are placed on the sides of your car. Live footage is then streamed to two small screens on your dashboard or even in screens placed inside your doors. What’s clever is that the cameras will change their position automatically depending on your driving situation, for instance when you’re driving on the motorway or when you’re parking. Touchscreen technology can also be implemented where the driver can zoom into a specific area at the touch of their fingertips. Manufacturers who have already implemented this technology include Honda and Audi. You can find out more by reading this article on Car Magazine: https://www.carmagazine.co.uk/car-news/tech/audi-e-tron-virtual-mirrors-how-does-it-work/

Science-fiction films like the Terminator depicted this kind of technology with for instance where a robot looks at an object and information about that object would then be displayed on a screen. Augmented reality (AR) technology for car drivers is very similar. BMW are developing AR dashboards which will be able to identify objects in front of the vehicle, advising the driver of how far away they are. The AR display will then overlay information on the real life view the driver sees. 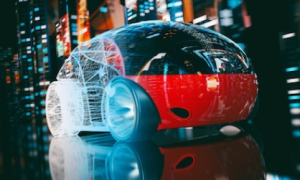 Vehicle to vehicle technology is being researched in the U.S. by the U.S. Government and car giant, Ford. The technology would enable cars to communicate with each other and objects around them. Information is sent back and forth between vehicles about their location, speed and direction. The information is then processed to ensure that vehicles keep a safe distance from each another. Such technology could transform our driving experience and increase driving safety. The United States Department of Transportation website has more details – https://www.nhtsa.gov/technology-innovation/vehicle-vehicle-communication

Airbags to stop a crash

Airbags were first introduced into vehicles in the mid-1970’s in America but for many they were seen as a safety option to have instead of using a seat belt. However, in 1981 Mercedes made airbags and seatbelts to complement in a restraint system, good to know if you’re thinking about buying a used Mercedes! Mercedes is now looking at ways that airbags can deploy underneath the car, stopping a vehicle before it actually crashes. As part of the overall safety system, the airbags would go off when sensors detect an impact would be inevitable. The airbags would have a friction coating to not only stop the vehicle from sliding but would also double the cars stopping power. What’s more is that they have also considered the dipping motion when hard breaking is deployed so the airbags would lift the vehicle up 8 centimetres to counterbalance this action. This technology has been in research for several years and is likely to be worked on for several more before we see it on vehicles, but it certainly isn’t beyond the realms of possibility in the not too distant future.

← Will Coronavirus help the fashion industry become more sustainable?
Making the move to a Data Centre →