Who knew a sleeper border and earth could be so complicated! 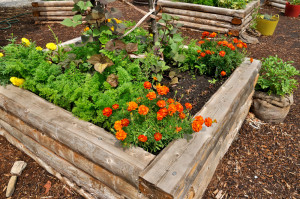 As anyone who reads my articles on this site will know, I have just fulfilled a lifetime ambition and built my own home. By built, I really mean that I bought a house off plan and redesigned it to meet my dreams.  It may not be the fairy tale castle I drew as a child, but to me it is the most exciting experience. The lawyers, contracts and exchange process is just about forgotten, as is the drama of choosing everything from door handles to taps. Before you think I am ultra-organised, of course I still have a dozen or so unpacked boxes in the garage and pictures propped up against various walls while I work out which goes where.

However, 4 months down the line and Himself and I are planning the garden. If you have ever bought a new-build, you will know that the gardens are not exactly in line with the queen’s! Therefore, every decision is vital, added to which, I have slightly overspent on lights and carpets etc. so we are going to be doing it ourselves or there might be a divorce!

It seemed so easy. All we needed was to remove a bit of turf, pop down a few sleepers and then fill the new beds with top soil, then pop in a plant or two.  Let me tell you, it was definitely not as easy as that.

Firstly, have you ever seen a sleeper when they arrive on your door step? They are enormous, 3.6m long x 25cm wide and 12.5cm deep.  We nearly had a hernia just moving the things from the front driveway to the back garden! Yes, it is possible to get smaller ones but they work out to be much more expensive, and as I said, we have somewhat over spent.

I must confess that the original plan was to have an even, elegant wall; however that proved to require a bit more skills than we had first anticipated, so I relented, and embraced the rustic look!

After 2 weekend’s worth of sawing and creating, it was time to work out what we were going to put in to our new and rather impressive border. Yes, I may be blowing my own trumpet, but I am a bit proud of what we achieved, without needing legal mediation!

Suddenly it was time for soil. We needed a lot of soil and we are not talking a dozen bags from our local garden centre, we are talking a tipper truck’s worth.  Overnight, Himself became the World’s leading expert on soil. We needed a mixture of fine aggregate for drainage and then Low fertility Root Zone Topsoil (which means that its good for ensuring healthier plants and better growth) after which we needed a mixture of Grade B topsoil and then something called Tru Grow top soil to top it all off! 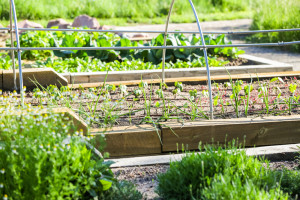 Himself had invited half of the Rugby Club to help get the soil into the bed.  I just bought a lot of beer and decided to leave them to it for the weekend. When I returned I was given chapter and verse about the process and told to buy worms!  Yes, that’s right, buy worms! To my shock, I found a company on line which would sell me 200 of them for under £50.  If you don’t believe me, take a look! http://www.wormsdirectuk.co.uk/

Finally, it was his turn to run away for the weekend as I was going to add the plants. He would have chosen a bargain batch of pansies, or worse, just a few packets of seeds. It was also his turn to come home, and be impressed!

← Tears over taps!
Costs going through the roof! →