The Technology which killed creativity, has finally given it back!

If you were to give a 7 year old a blank piece of paper and a pencil and asked them to describe a dog, the first thing they are most likely to do is to draw a dog. While drawing, they would talk you through the process, saying things like “this is its tail, it is long and wags a lot when it’s happy.”  Having talked their way through the whole picture, the synapse in their brain will have turned the series of sausage shapes into a perfect representation of an actual dog. In reality, they would probably do a very similar drawing for a cow, a sheep or a horse, yet months later they would look at their picture and “know” they had drawn a dog.  For a child, creativity is a highly kinaesthetic process, using the concrete knowledge of what a dog looks like, with verbal expressions to complete the explanation.

With the same task, a teenager would probably go to Google images and find dozens of photographs and cartoon caricatures to create a visual collage of a variety of dogs before producing a mind map or bullet point list to link all the elements with words, which identify a species.  Some may include or refer to anatomical or skeletal drawings while others may be more focused on certain activities or attributes, from fluffy golden retrievers to aggressive fighting dogs.

Regardless of age, when people young or old are asked to describe something, they always start with an image.  Whether they are hand drawn or photographic, the image pulled from their mind or a computer creates a concrete anchor or starting point for the description.

However, when starting with a blank canvas concept “create a next generation car” for example, the process is driven (forgive the pun) by imagination, creativity and functionality; a whole package of experiences. In the 1950s and 60s, each car manufacturer produced cars which looked dramatically different, from the bubble shaped VW Beetle to the sleek curvaceous expression of speed of the E-type Jaguar. Before technology created uniformity and the box on wheels, we had creativity.

As time progressed a new generation embraced the technological revolution and the concept of logo design and branding moved forward and became more abstract. Companies became cleaner and create vibrant, yet almost meaningless virtually Bauhaus inspired designs which, in turn needed straplines or monikers to explain who they were; and what they stood for.  If you were to place a piece of paper over the letters on these 2 famous logos, aside from looking “pretty” and “colourful” do they mean anything at all?  Yes there will be some dusty tome or CD Rom somewhere which explains the thinking, but it is so abstract that it becomes almost pointless. 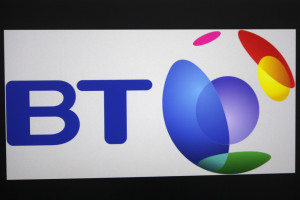 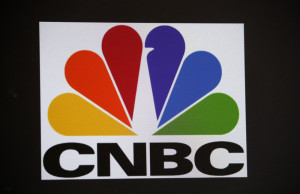 Thankfully, technology has moved forward again; giving us back what it stole from us, the virtual paper and pencil, which as any true creative will tell you, many a great idea began as a doodle on “the back of a fag packet” far away from the office environment.  People have been able to “draw” on computers for 15 years, but not to the levels they can now. Since the advancement of tablet tech, we can doodle our ideas anywhere and zap them to our desktops.   Logos are classier and direct in their communication. They are stunning, memorable but less ‘digital’ and more artistic. Alchemist, one of London’s finest contemporary logo designers, has some stunning examples in their portfolio.  The look and feel is much more considered and feels at one with the brand itself.

When technology tried to replace the paper and pen, it gave us branding which looked as though it had been sponsored by Lego. Now, at last, the ability to sketch out an idea anywhere and save it, or send it, or build on it has taken us back to an age where the power of true creativity was based on the master’s pen, even if that pen is now a stylus.

← Beer Gardens in the Sky
Some things you just want to look good and work first time! →