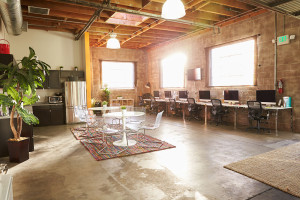 A new report which has been released by the World Green Building Council has revealed overwhelming evidence to suggest that the design of an office is strongly linked to productivity and business benefits. The report also shows that office design can have a significant impact on the health and wellbeing of its staff. The authors of the report are now calling for companies to have a better understanding of the link between employees and their workplace and how doing so can improve business. At a time when more of us are suffering from mental health issues than ever before, it’s becoming increasingly important for employers to consider the wellbeing of their staff. Figures from the Office for National Statistics have in fact revealed that just under a fifth of Britons are now suffering from anxiety or depression. In a bid to help combat this, the study carried out by the World Green Building Council has revealed that there are a number of features which can impact the health, satisfaction and job performance of office workers including:

The CEO of the World Green Building Council, Jane Henley, commented: “The evidence linking good office design and improved health, wellbeing and productivity of staff is now overwhelming. There is unquestionably a clear business case for investing in, developing and occupying healthier, greener buildings.” She continued: “This is something that office occupiers can demonstrate for themselves. Most businesses are already sitting on a treasure trove of information that may yield immediate improvement strategies for their two biggest expenses – people and buildings. Understanding the relationship between the two can help businesses to achieve significant competitive advantages.”

← How to choose a stairlift
Why is it so important to monitor your website traffic? →