My mother has just returned from one of her Saga extravaganza holidays. Typically enough, she turned up at my house with the usual t-shirts and tat for the boys and “something rather special” for me!

Now, my mother’s taste and mine are diametrically opposed on many, many levels. In magazine terms, she is Country Living and I am Elle Decoration.  Bizarrely, she lives in London but her apartment looks like a floral paradise of chintz, with far too many pictures frames and with shelves groaning under the weight of her endless mini treasures of objet d’art. In stark contrast, I live in the countryside, yet my very modern barn conversion is more akin to a minimalist farm house, floor to ceiling oak framed glass walls and, playroom aside, as tat-free as possible.

When I saw the packages surrounded with bubble wrap uncharitable thoughts filled my mind. Thoughts like “Oh great, another small flowery jug with the name of some strange town stamped unevenly on it. I’m going to have to look at that all week then blame the children for knocking it on the floor, as soon as she’s gone!”  It took me quite a while before I summoned up the courage to open the package; however, when I did I was pleasantly surprised.

What she gave me was a sculpture of sorts, known as Lichtenberg Figure or Lightening Glass. It is actually rather beautiful, delicate yet dramatic. Almost like capturing the veins in a leaf in a glass block. To give her the credit she is due, it is actually a spectacular piece.

Glass is not something we think about that much. It is such an everyday object with a wide variety of uses, from cooking bowls to glasses for vision, from windows to stunning buildings made of glass (e.g. the Louvre in Paris).  We use it in windscreens, aeroplanes, to protect diplomats from bullets, not to mention oven doors, TV screens and fibre optic cabling.

The first Lichtenberg sculptures were actually 2-dimensional “dust figures” that formed when dust in the air settled on the surface of electrically-charged plates of resin in the laboratory of their discoverer, German physicist Georg Christoph Lichtenberg (1742-1799). He was the forefather of the physicals principles which evolved to become the modern-day science of plasma physics.

At that time, it was well known that if lightning strikes sand it creates something known as Fulgurite, small, fragile hollow tubes of stunning natural glass which branch out like a tree. Although relatively common, they are so fragile that they are incredibly difficult to preserve, those which have been saved cost hundreds of pounds for a small piece. If you click on the image above you will see how it is made.

Scientists have been investigating Lichtenberg’s principles for many years, but it is only recently that commerce and science have joined forces. In essence the innovative companies are using his method on blocks of acrylic, zapping them with an electrical probe which replicates the effect of the acrylic being hit by lightning. Sometimes they are called ‘lightning glass’ or ‘Lichtenberg figures’, whatever the name, they are very beautiful and you can actually buy them on Amazon. 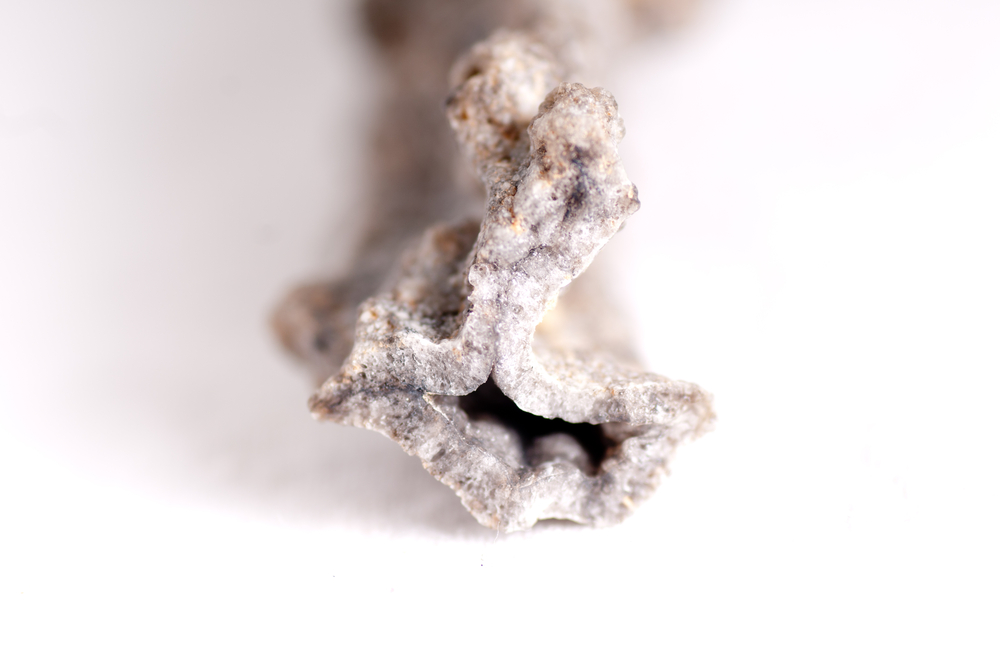 I almost feel guilty at my assumption that my mother was going to bedeck my home with more tourist tat, having received such a lovely thing; however, as a result of years of experience, I’ll just hold fire on that guilt for a while and consider it to be a very happy fluke!