June 2016 could be the wettest on record for the UK

Once June rolls around, we normally start to get excited about the long summer days that are finally upon us. Unfortunately for the UK however, this hasn’t exactly materialised and we have instead been bombarded with heavy rainfall and dramatic thunderstorms.

It has been such a rainy start to the summer that halfway through the month, the Met Office announced that this could be the wettest June the UK has ever experienced. After consistent rainfall, even the bookies stopped taking bets about the Met Office’s prediction because they had to slash the odds so many times.

“After the rain on Her Majesty’s parade, the odds of this June being a record washout got so low that we stopped taking bets. As far as our weather odds experts are concerned, June 2016 will go into the record books but for the wrong reasons.”

The characteristically wet weather has already had an effect on a number of events including Glastonbury, Royal Ascot, street parties being held for the Queen’s 90th birthday and now Wimbledon. So far, the worst affected areas of Great Britain have been Yorkshire, the North West, the East, the Midlands and Wales.

Somewhat unsurprisingly, once again, the heavy rainfall has also caused severe flooding across parts of the country which has prompted more calls to the government to increase flood defences.

Earlier in the month, flash floods also hit South London which caused streets to be turned into waterways and cars to become submerged. Firefighters were also called to Croydon, Mitcham and Wallington after thunderstorms bought more heavy rain that the drainage systems simply couldn’t cope with.

The UK is no stranger to weather phenomenon’s and has experienced its fair share of highs and lows over the years. Below are some examples of the most extreme weather the country has witnessed over the last few years: 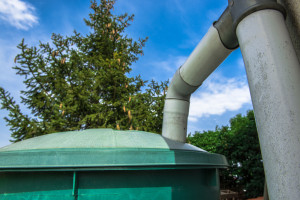 One good thing however with all this rainfall is that it is great for the environment and with more eco-friendly house systems now available and larger rainwater storage tanks on the market it is a great time to harvest this natural water source.

← Why is it so important to monitor your website traffic?
Four ways to improve construction site safety →