IT downtime is costing UK businesses £3.6 billion every year

A report published earlier this year has revealed that IT downtime is costing UK businesses an average of £3.6 million every year. What’s more, it was also found that a staggering 545 hours of staff productivity are lost annually because of IT outages. 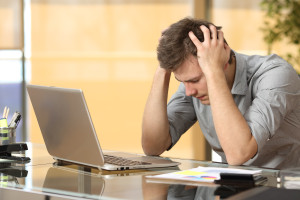 Based on the UK’s average hourly wage of £13.75, this means that IT problems are costing companies £7,235 per employee every year.

Although occasional periods of computer downtime is a sad reality for any business, if you’re being hit with IT issues on a regular basis, it will come at a huge cost to your organisation. In the time you’re offline, staff won’t be able to work and customers won’t be able to buy from you and this will seriously eat into your profit margins.

Take the power supply failure British Airways was affected by in May 2017 for example – the airline’s IT systems went down in 70 countries and meant that staff couldn’t check-in passengers. Even though the outage only lasted 15 minutes, 75,000 customers were directly impacted and BA was forced to part with a whopping £150 million in compensation. Not just that, the brand’s reputation was also damaged and as a result, BA’s parent company, International Airlines Group (IAG http://www.iairgroup.com) lost $400 million in share value.

Whether you’re an SME or a large international corporation, it’s unlikely that any business wants to throw this kind of money away. But how can you ensure that your IT systems are always fully operational?

How to prevent IT downtime:

When the volume of web traffic suddenly surges, an IT server can experience a complete system overload and crash. Cloud hosting is therefore a great option for high traffic sites or those which often experience major traffic spikes (at certain times of year for example).

Outsource your IT function 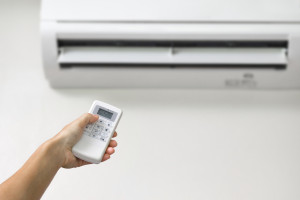 By outsourcing your IT services, you can benefit from the use of the sophisticated IT systems that larger companies use even if you’re just a small organisation. As well as gaining access to better hardware and software systems, you’re also helping to improve the employee experience. If staff aren’t constantly dealing with IT issues, they’re spending their time far more productively on other areas of the business.

What’s more, should you suffer an outage, serviced managed providers always have back-up in place which means that your downtime is drastically reduced compared to if you had to deal with the situation yourself.

If you have a server room, it’s crucial to regulate the temperate so that it doesn’t get too hot. If it does, this can lead to hardware malfunction and system failures – resulting in regular downtime. There are a number of ways you can avoid this including:

For more great ways to reduce the likelihood of experiencing IT downtime, head over to https://kinsta.com/blog/website-downtime/ for further information.