by Chris Turberville-Tully on December 8, 2015 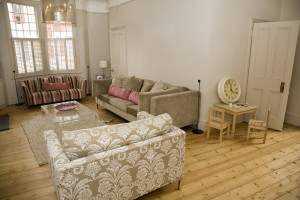 There are clichés which we love and those we hate.  I am always irritated when people tell me that there are “plenty more fish in the sea” when a deal goes wrong, or “Every cloud has a silver lining” when something goes completely pear-shaped. However, my mother’s old favourite, which used to drive me crackers as a child, was “make do and mend”. Back then it meant I had to go to school with darned elbows in my school jumpers which was rather embarrassing as I recall. I remember her adding flowery fabric to the bottoms of my older brother’s jeans, and onto the pockets so that they would look girlie. (Actually I quite liked them but I would never have confessed at the time!)

As a result of the dreadful recession, we are all looking at how we can save a few pennies here and there. One of the most obvious changes is seen in the housing market.  People are now building up, down and out, rather than paying tens of thousands of pounds on stamp duty. We have all become DIY experts and exponents of the “Make Do and Extend Society”.

However this is all about my efforts at living up to my mother’s endless skills in the land of repurposing. I blame her entirely!  Having been brought up with these ideas drummed into my head, I still think of the make do and mend theory, but having lived and partied through the excesses of the 1990s, I do so in a rather different light to that of my mum.  For example, last year I decided to update my house. After perusing various magazines like http://www.countryliving.com/ I decided to concentrate on giving my lounge a makeover. It had tired old shutters, which I loved, but they were warped, didn’t fit well and had certainly seen better days. I decided to replace them with some beautiful new shutters which were made to measure.

When the man took down the old ones he was just about to cart them off to his van when I had a flash on inspiration and rescued them. I stripped them down, sanded them and that is as far as I have got.  They are currently cluttering up my garage, waiting to be turned into something marvellous. 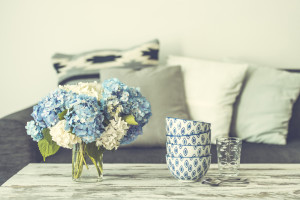 Another example is my dark, brown wooden coffee table. When I bought it, 8 years ago, dark wood was all the rage. Now you literally can’t give it away. So, armed with a Farrow and Ball colour chart I decided that painted pale grey it would look wonderful. The results were hilarious.  Firstly, I obviously didn’t sand it enough as it looked a bit like a Zebra after the first coat.  I had to take it all off again and then didn’t wait for the paint to fully dry before I took out the sander once again, only to then run out of sanding paper!  So there it sat, in the garage for about 2 months until I could muster up the impetus to try again.

I must confess that I am proud of the results, but the effort involved was way harder than I thought it would be. So back to the shutters in my garage, I have a lot of great ideas about what I could do with them once they are properly sanded, however, given my current track record, I am going to take my time!