by Chris Turberville-Tully on December 3, 2015 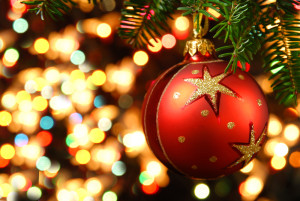 Anyone who reads our blogs regularly knows that we are just a tiny bit geeky! So who better to review the latest tech to wrap up and pop under the tree than your friends as Inspiration Inc?

They are the height of cool in the land of wearable tech. Of course, you’ll want to make sure that it is compatible with your smart phone.  Some are only for iPhone or Android. Some of those which claim to support both can short change one or the other system, so be careful.

Yes, you can get brand specific watches like the Apple Watch, the LG or the Samsung Gear 2 but cool as they are, they remind me of the 1970s Casio plastic box shaped watches and have missed an element of aesthetic pride to match the coolness which should go with any wearable tech.

We believe that the www.vectorwatch.com  are one of the companies to watch (forgive the pun) in this sector as they have taken the glamour of a high end watch like Breitling and made them smart rather than the others who have started with a smart device and made them into a watch.

The term “wired for sound” makes me think of my mum dancing around the kitchen in some psychedelic creation singing along to Cliff Richard!  We all know that there is nothing cool about that! Wireless Bluetooth speakers have been around for a couple of years. Brands like Jambox and iBox have been at it for a while, but to be honest the early ones sounded a bit tinny and feeble.  Now they have moved on to the next level.  Bose  have half a dozen Bluetooth speakers on the market at the moment, ranging from £116 upwards. Dr Dre have also come to the market with their must have Beats pill shaped speakers, although with a brand like Dr Dre, you have to be aware that there are a lot of knock offs about which sound like something sponsored by a tin foil company.

Not just for the kids, these are huge fun for adults too. Hoverboards, mini-Segways, Swegways or self-balancing boards – whatever you call them, they’re in demand in the UK at the moment. As with all products of this type, you get what you pay for and therefore to get the best, we would recommend the original manufacturers as opposed to the rapid knock off versions. They range in price from £189 – £500 depending on if you want them with built in GPS, blue tooth connections to your mobile or built in speakers.

This is the best way to get your kids into computing and rekindle your love of the tech world all over again. To be honest, you can’t get much nerdier than this. The Raspberry Pi is an inexpensive minicomputer that plugs into a TV or other display – but don’t go thinking BBC micro or Commador 64 of our youth, its way cooler than that.  As much as I would love to explain the Raspberry Pi, I think this clip does the job rather better than I could.

5. One of the Kids – BB-8 Starwars Tablet Controlled Droid.

They had one of these in Maplin the other day and I almost had to be dragged away. It is just so very cool and so much fun. I remember my Dad buying me a Scalextric for Christmas when I was a kid.  I remember crying to Mum that Dad and Uncle Dave had been playing with it for hours and wouldn’t let me play with it!  There is a huge danger of history repeating itself here because I have bought a BB-8 for my son.  The problem is that I am itching to play with it and I know Mark, my brother will just love it too.

They are the must have gift for kids, made by Sphero and costs about £130, this is one cool thing to open on Christmas morning.  Hasbro make a version for small kids for about £70 but it is not nearly as cool as the real deal.

So there you have it, our round up of the coolest thing to come down the chimney in the big man’s sack in 2015.  Hope you all find something fab under the tree too.